Kastle Exterior’s owner Walt Burris began his roofing career in 1978 by selling roofs to homeowners. He learned about the roofing process not only as a salesman, but also as a roofer. His knowledge continued to grow as he developed Burris Enterprises Incorporated in 1981. Over those years Walt gain experience as a roofer, as well as learning what homeowners were looking for when they shopped for a new roof.

In 1994 Walt and his wife Ellen began Kastle Exteriors, a subsidiary of Burris Enterprises, Inc. In the early years of the business, Kastle was purely a roofing company, but that all changed in 1996 with one of the single largest hail storms to hit the Twin Cities region. About one third of the areas roofs required attention, which upset the normal life cycle of roofs in the region.

The aftermath of the 1996 hailstorm found Walt diversifying Kastle Exterior’s roofing focus by  adding exterior construction to the services they provide.  As the company has grown over the years, Walt and Ellen have been joined by their son David in leading this award winning company with its experienced teams of roofing and construction professionals.

The Kastle Exterior Mission is to provide a level of construction quality and service to the residential, single family homes of the Twin Cities metro area that meets and exceeds your expectations. We will be unwavering in our efforts to provide the best people, products and service available.

BEI Exterior Maintenance and Kastle Exteriors, Burris Enterprises Incorporated Multi-Family division, has consistently been chosen to receive a variety of Designations and Awards from leading manufacturers in the roofing industry.

Talk to a Kastle Exteriors representative today and let us put our expertise to work for you and your home. 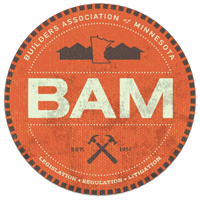